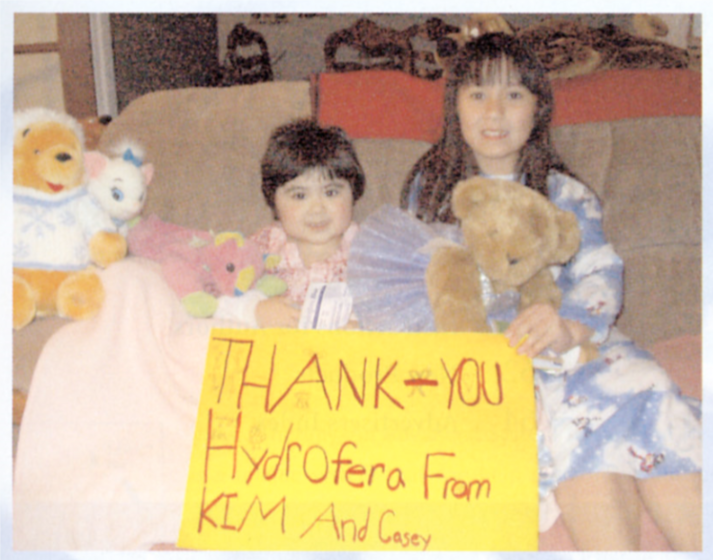 It was 5:30 on a Friday afternoon several years ago that I received a call from a grief-stricken Dad. He was just informed that his 3-year-old daughter had unhealable wounds and was scheduled to have her legs amputated. He somehow heard about Hydrofera Blue and wondered if we could help.

We immediately went to work contacting a local clinical team for help, gathering up product to ship out, and contacting our Fedex driver on his cell

The plan took form as the team at Backus Memorial Hospital agreed to direct the treatment, and our FedEx driver turned around to pick up our shipment, even though he was just 10 minutes from his Windsor Locks drop.

With the product on the truck for Saturday delivery, I called the Dad back to relay our game plan. After an initial cold response, thinking I had blown him off earlier, he thanked me profusely.

A couple of weeks later he called with news that his little girl’s legs were healing and the amputations were called off. A few years later the family, from California, visited Hydrofera to thank all our clinicians and employees for “saving their daughter.”

Over the years we had several similar stories, but that moment — when a company and the clinical community came together to affect the life of a child — reminds us why we do what we do.

Hydrofera is built on the dedication of our many passionate caregivers who always place their patients well being first. During my attempt at retirement in the summer of 2016, the family stopped by once again to thank us for “saving their daughter and family”. Funny, after reflecting on that statement over the years, I’ve come to believe “it was really the other way around”.

One response to “OUR SEMINAL MOMENT”

No spam, we promise.

No spam, we promise.